Tuh-MAY-toh or Tuh-MAH-to? Pronunciation doesn’t matter when it comes to this fabulous nutritious fruit best known as a vegetable. On this episode of Valley’s Gold, host Ryan Jacobsen stops in for a visit with local Hmong farmer, Kevin Yang, to sample some grape and cherry tomatoes.

Next, University of California Master Gardener, Becky Thompson stops by Kevin’s Farm to share her canning tips and recipes. Ryan even gets to sample some of her homemade salsa! Here are Becky’s recommended site for canning information:

Then we head out to Errotabere Ranches for a first-hand look at a large-scale tomato harvest and the equipment that makes it possible. 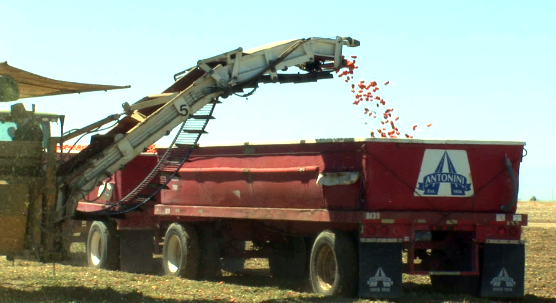 Finally, Ryan stops at Los Gatos Tomato Products to learn how the fruit is processed, packaged and shipped out across the globe.

Any way you slice it, it’s all a part of our Valley’s Gold!

French botanist Tournefort provided the Latin botanical name,Lycopersicon esculentum, to the tomato. It translates to “wolfpeach” — peach because it was round and luscious and wolf because it was erroneously considered poisonous. The botanist mistakenly took the tomato for the wolfpeach referred to by Galen in his third century writings, ie., poison in a palatable package which was used to destroy wolves.

The English word tomato comes from the Spanish word, tomate, derived Nahuatl (Aztec language) word, tomatl. It first appeared in print in 1595. A member of the deadly nightshade family, tomatoes were erroneously thought to be poisonous (although the leaves are poisonous) by Europeans who were suspicious of their bright, shiny fruit. Native versions were small, like cherry tomatoes, and most likely yellow rather than red.

The tomato is native to western South America and Central America. In 1519, Cortez discovered tomatoes growing in Montezuma’s gardens and brought seeds back to Europe where they were planted as ornamental curiosities, but not eaten.

Most likely the first variety to reach Europe was yellow in color, since in Spain and Italy they were known as pomi d’oro, meaning yellow apples. Italy was the first to embrace and cultivate the tomato outside South America.

The French referred to the tomato as pommes d’amour, or love apples, as they thought them to have stimulating aphrodisiacal properties.

In 1897, soup mogul Joseph Campbell came out with condensed tomato soup, a move that set the company on the road to wealth as well as further endearing the tomato to the general public.

Campbell may have made tomato soup popular, but the first recipe is credited to Maria Parloa whose 1872 book The Appledore Cook Bookdescribes her tomato chowder.

The high acidic content of the tomato makes it a prime candidate for canning, which is one of the main reasons the tomato was canned more than any other fruit or vegetable by the end of the nineteenth century.

Fruit or Vegetable – the most important question of all! 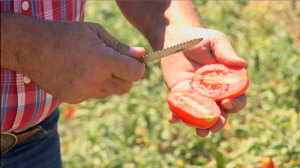 Botanically-speaking, the tomato is a fruit and can be further classified as a berry since it is pulpy and has edible seeds.

Most of us use the tomato as we do vegetables, primarily in savory dishes.

In 1893, an importer claimed the tomato as a fruit in order to avoid vegetable import tariffs imposed by the United States. This dispute led to the Supreme Court ruling for taxation purposes that the tomato be classified as a vegetable, since it was primarily consumed in the manner of a vegetable rather than a fruit which was usually used in desserts.

Up until the end of the eighteenth century, physicians warned against eating tomatoes, fearing they caused not only appendicitis but also stomach cancer from tomato skins adhering to the lining of the stomach.

Colonel Robert Gibbon Johnson of Salem, New Jersey had brought the tomato home from abroad in 1808. He had been offering a prize yearly for the largest fruit grown, but the general public considered the tomato an ornamental plant rather than one for food. 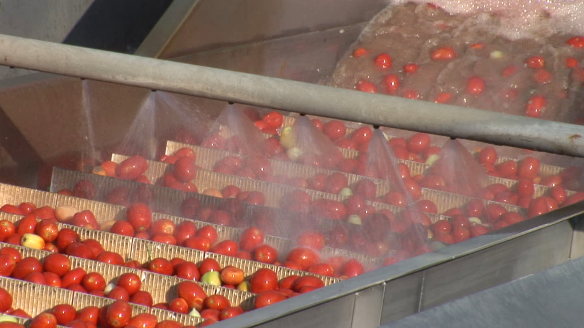 As the story is told, it was Colonel Johnson who on September 26, 1820 once and for all proved tomatoes non-poisonous and safe for consumption. He stood on the steps of the Salem courthouse and bravely consumed an entire basket of tomatoes without keeling over or suffering any ill effects whatsoever. His grandstanding attracted a crowd over over 2,000 people who were certain he was committing public suicide. The local firemen’s band even played a mournful dirge to add to the perceived morbid display of courage.

Johnson’s public stunt garnered a lot of attention, and North America’s love affair with the tomato was off and running.

By 1842, farm journals of the time were touting the tomato as the latest craze and those who eschewed it as “objects of pity.”